It's a spooky and sweet episode of Monster Men as we take on Pez. First I recount my visit to the Pez HQ in Orange, CT and then Hunter and I showcase some cool Halloween and horror themed Pez dispensers. We also sample some Pez flavors that you may not even know exist.

In this episode of Monster Men, Jack and Hunter pay homage to a guy they both admire and will miss on own of their favorite shows. On May 16, 2012, Grant Wilson's last episode of Ghost Hunters will air on the Syfy channel. So here is a tribute to Grant Wilson, one of the greats in the industry and a trailblazer in the field of paranormal research.

Good luck Grant and thanks for everything. On to the next!

The Avengers Assemble a Great Movie

The Avengers is a movie that I, along with millions of superhero fans, have been waiting for. Waiting anxiously ever since that teaser with Nick Fury at the end of Iron Man in 2008. But really, we’ve been waiting our whole lives for this.

I am happy to report that The Avengers makes it worth the wait. And a big part of the reason is that they let Joss Whedon (He of Buffy and Firefly) take the reigns. This guy knows how to deliver amazing moments, witty banter and great characters. He does all of that here. The Avengers is a wild and fun ride with lots of laughs along the way. Best of all, it delivers a lot of things we geeks have always wanted to see on the big screen. 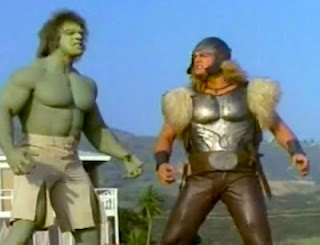 Remember the TV movie The Incredible Hulk Returns (1988), where The Hulk meets Thor? I remember it and also I recall I was quite disappointed. Well, thanks to The Avengers, I finally got to see The Hulk and Thor together in action, done right… squaring off against each other and fighting side by side. It was awesome. 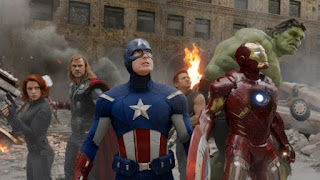 One of the great things about The Avengers is that it gives each member their own moments and plays to each one's strength. For instance, Tony Stark/Iron Man, wonderfully played by Robert Downey, Jr., gets both great moments in the suit, but also delivers a ton of laughs. But he does not dominate the film nor does he turn it into a flat out comedy.

A few things that impressed me about this movie.
1.     Black Widow and Hawkeye: I wondered how they would integrate two non-super powered people into the mix with the other heavy weights. They do a great job… especially Scarlett Johansson, who brings a lot more to the table than just her good looks.
2.     Loki: He’s a great bad guy. He oozes with ego and contempt and he chews up scenery. He’s a big part of the movie and you are never bored when he is on screen. And he is able to pull off that goofy, horned helmet. Impressive.
3.     The Hulk: This is the biggest thing… not just literally. To me, this was the best rendition of The Hulk yet. They nailed both Banner and the Green Guy better than any live action outing previously. And I include the TV show. The TV show was fun, but I was always frustrated that he never fought any super human foes. I hated the first Hulk movie but liked the second, but I did not think Eric Bana nor Edward Norton really captured Bruce Banner properly, but Mark Ruffalo certainly did this time out. And The Hulk gets to be heroic while also being menacing. He by far steals this movie.

I could go on and on about this film, but the bottom line is this…. a crowd full of people in the sold out theater were cheering and laughing throughout the whole thing. The Avengers is a really good movie that entertains you like few others do. I would put it up there with the best superhero movies of all time. This movie gives you your favorite superheroes fighting together against a formidable foe and it delivers a few of the best moments in the genre’s history. It's all the stuff we've been waiting for, finally, on the big screen.

Sure, you may find a thing or two you don’t like about the film… that’s natural. Let’s remember though, a lot of past superhero movies considered classics eventually show some flaws, but we still love them.  I am telling you, the last hour of this movie will blow you away and elevates the film into that legendary status.

I can’t wait to see it again and I look forward to the Director’s Cut on Blu-Ray someday. Excelsior! 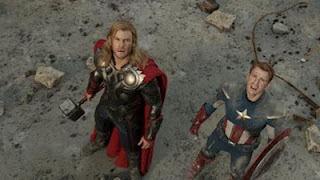 Note: Stay until the very end of the credits! There are not one, but two extra scenes worth sticking around for.
Posted by Jack C. at 11:39 AM 2 comments: