Can you believe it? The season finale of BH90210 has come and gone.

Each week the show opened with a different character in a dream sequence at the Peach Pit. This week was particularly amusing as we saw old Steve Sanders confront young Steve Sanders. He tells him to cut his hair and lose the belly shirts. Hell, that’s good advice, no matter who you are.

The episode starts with gang awaiting on word on whether the reboot will be picked up or not. It’s between them and a reboot of The OC. There are focus groups being held, so Christine Elise Valentine tells the gang to get out there and promote the show. They can’t rest on their Beverly Hill laurels because Mischa Barton is working it hard, cooking fish at a Bait Shop pop-up. So, the gang pop over to a Peach Pit pop-up to drum up some buzz.

Despite a warning from Christine Elise Valentine, Tori Spelling manages to trick her assistant into sending her the focus group results. Naturally, they are devastated by the audience feedback. Most interesting was that a lot of the audience sensed a sexual chemistry between Brandon and Brenda. This news causes Shannen Doherty to have a racy dream about Priestley. (Which mortifies her.)

HOLD THE DOOR! Is Game of Thrones is rubbing off the 90210 crowd? Could this mean the Walsh twins might be the next Jamie and Cersei Lannister? You know what they say… A Walsh always pays their debts.

The best part of the Peach Pit pop-up scene also involved Shannen Doherty, when she arrives late, covered in blood. It’s as if she stepped off the set of a Charmed reboot. It turns out it’s just possum blood, which is disgusting. I would not eat in that place. How do you get to that Bait Shop pop-up?

Let’s look at the rest of the gang.

Gabby’s love triangle continued, as her husband and her forbidden lover finally met. Her husband immediately knew what was up. Gabby ‘fesses up and tells him the he’s her best friend. Did she just put her husband in the Friend Zone? That’s cold.

Jennie Garth was also mortified tonight when her IPA sipping booty guard reveals his new JG tattoo. Things are escalating too quickly for her. She’s more “Watch golf and chill” while he’s all inked up on love. So she ends it with him, but continues to try to restore her relationship with her daughter, who has taken a liking to Shannen Doherty. That kind of mortifies Garth. Ironically, thoughts of Jason Priestley don’t seem to mortify Garth at all. 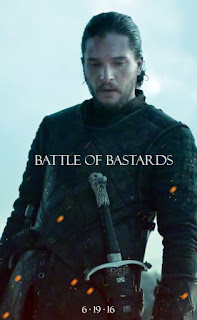 Speaking of Priestley, he’s off in the Bahamas with his wife, who has taken the term “bed rest” to a whole new level. She senses that he will never really embrace his bastard son, so she tells him that they should split up. Bastard son? Could it be the next Jon Snow? Seriously, there are some major Game of Thrones vibes going on here. Anyway, this frees him up to get some of that sweet JG action, if there is a season 2.

Tori Spelling continues to deal with her depressed husband, who is not happy living in her shadow. Plus, she’s got the hots for Brian Austin Green, another guy who is frustrated by living in his wife’s shadow.

Green has the most ridiculous story line this week, which is saying a lot considering this episode includes a dream sequence of Shannen Doherty dressed as a goddess with an owl on her arm. He accepted Zach’s paternity claim without a DNA test, and then he’s angry when his wife does one behind his back. Turns out he’s not the dad. Zach did not technically lie, though. That’s what his mom told him. So Green agrees to act as a father figure until he finds his real dad. In a hilarious twist, Priestley recognizes the photo of the mom and realizes may have found his true son. But that was not the best twist of the night.

Unlike Garth, Ian Ziering wants more than a “Netflix and chill” relationship with Anna, the writer. But she wants him to chill out and keep it casual. So when Ian Ziering runs into Denise Richards at a party, and things heat up, he seals the deal. The two have palpable chemistry and decide to pick things up when they get back to LA. But his hopes of a relationship with the Real Housewife of Beverly Hills hit a big snag when he learns that Anna is actually her daughter. My mind immediately went to that scene in Wild Things with Richards, Neve Campbell and Matt Dillon. That’s probably not where this is headed, but a guy can dream, right?

Finally, we learn that reboot gets picked up! All is well for a moment, until Christine Elise Valentine informs them that they’ll have to reshoot the pilot, hire a new head writer and they’ll they'd have to film in Canada. This does not bode well for Anna and Garth’s whiny daughter.

Most importantly, FOX can’t afford to bring all seven stars back. We’re left wondering who will get cut. I hope I’m wrong, but I see a red target on Shannen Doherty’s back… and that ain't possum blood.

So that’s it for this season. Will a next season be coming our way? No one knows yet. All we know is that Winter is coming.

How Do You Talk To An Angel?