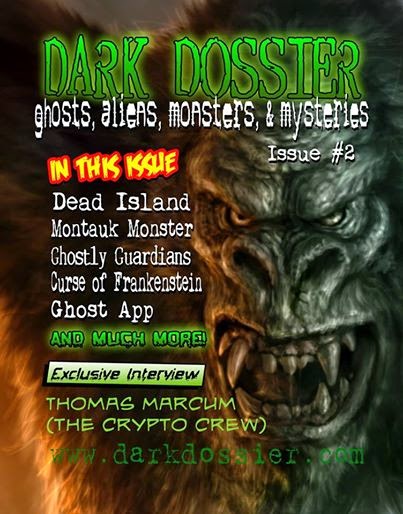 Issue two of Dark Dossier magazine is out and this time it's got twice as many Monster Men.

Pick up this issue for an article from Hunter Shea about the Montauk Monster and my piece on why "Hannibal" is a show you should be devouring. Plus a ton of great, spooky content from an assortment of fine writers.

Please support this new publication. It's available in hard copy or electronic version.