The Seven Must See Dracula Movies 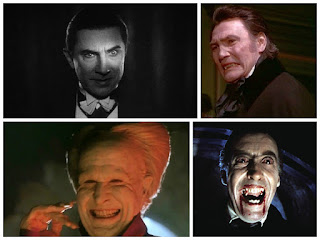 Dracula lives forever... and not just because he's a vampire. He's a great character. Dracula has endured so long partially because he is constantly being reinterpreted by new actors and directors and new generations of fans. Like Sherlock Holmes, James Bond and Batman, the Count is being reinvented by each generation and being taken to new and interesting places.

That said, part of the fun is always debating who the was the best Dracula. Everyone has their own opinion, but in order to answer the question, you really should be familiar with some of the most significant players.

Here are the seven interpretations of Dracula that I consider "must see" movies for fans of the Count and vampire aficionados in general. These movies vary in style and quality and some stay much truer to the book than others.

For instance, Christopher Lee's first Dracula film, Horror of Dracula, is nothing like the book. Look for Count Dracula (1970) for a more faithful adaptation of Stoker's novel starring Lee. However, Horror of Dracula is arguably Lee's most definitive Dracula movie.

Who your definitive Dracula is probably has to do with who played him when you first fell in love with the character. For me it's Christopher Lee, whose Hammer films kept me up many a night as a little kid. However, it's the 1977 BBC version that is my favorite interpretation of Stoker's book.