I am very excited about this episode of Monster Men. There is a lot going on. First of all, we have our buddy, Anthony Ventarola back on as a guest. Since the topic is The Walking Dead, we ask him to join us. Not only does he love the show and have a great perspective on it, but he has actually been to Georgia and visited many of the locations used in the show. He knows his stuff and is always fun to talk to.


Ant, Hunter and I discuss the state of The Walking Dead here at the season four hiatus. How have we liked the season so far? How does it compare to last season? What did we think of the big mid-season finale? What were some of our favorite moments… and favorite kills? What do we think will happen next to Rick, Carl, Daryl, Michonne, Carol, Tyreese, Maggie, Glen and the rest of the group?


If you want to get your Walking Dead “Geek On”, you’ve come to the right place.


After our discussion we have a very special treat for you. Anthony was kind enough to share video footage from his recent trip to Georgia where he visited several locations from season three of The Walking Dead, including Woodbury, the town where Morgan lived and the restaurant where Carl and Michonne risked their lives to recover a certain item that was important to Carl. It is very interesting and very cool. Be sure to stick around to the end of the show to see this segment.


One of the new things you’ll notice in this show is that we recorded it remotely rather than together in the same room. In the spirit of expanding what we do on Monster Men, we plan to have more guests on and this format makes it possible for us to schedule people at most any time and from most any location. It really will extend our reach and enable us to take the show to new heights. This was our first run at it and we are very excited to bring you an array of very interesting guests in the New Year.


What did you think of The Walking Dead this year? What do you think is coming next? Let us know!

What to Do During "The Walking Dead" Mid-Season Hiatus

WHAT??? No Walking Dead until February 2014? What are you gonna do? 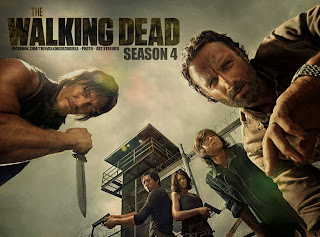 Now that The Walking Dead as gone on its mid-season hiatus, you might be looking for some other zombie related entertainment to get you through the next couple of months. If you look online you’ll find hundreds of Top Ten Zombie Movie lists, but there are really only a few that you should seek out immediately.

Night of the Living Dead: This is pretty obvious, but if you go back and watch this again, you can see just how far the genre has come. There are actually two versions of this movie, and they are both worth watching. The original, black and white version is where George Romero gave birth to the modern version of the zombie and the notion that destroying the brain was the key to stopping them. The other version is the 1990 version that’s in color. While it may seem sacrilegious to remake a classic, this one is a pretty nice update of the original.

28 Days Later and 28 Weeks Later: Zombie purists sometimes argue that these are not zombie movies because the creatures are infected humans and not the undead. Whatever. These movies took the genre in a new direction and helped coin the phrase “fast zombies”. If you have watched The Walking Dead and then watch 28 Days Later, you’ll notice some similarities in Cillian Murphy’s introduction to the zombie epidemic to that of Rick Grimes. Remember, 28 Days Later came first.

Personally, I liked the sequel, 28 Weeks Later a little better than 28 Days Later. It’s a cool blend of horror and action… and to be honest, sometimes the second half of 28 Days Later loses me a bit. Plus of 28 Weeks Later has Jeremy Renner, Rose Byrne and Imogen Poots in it. That’s a pretty impressive cast.

One of the biggest differences between this movie and most other zombie films is that these don’t stop after you shoot them in the head. As a matter of fact, there is not much that actually can stop them, short of chopping them up and burning them. And that’s not such a good idea either. Watch the movie and you’ll see why.

The Return of the Living Dead is an 80’s classic that is funny, scary, unrelenting and a ton of fun.

Dawn of the Dead: This is the King Daddy of Zombie movies. Once again, there are two versions of this movie, and both are worth watching, but the 1978 original is one of the most important zombie movies of all time, and hands down my favorite.

Every zombie movie, TV show and video game takes its inspiration from this movie. This was the movie that kicked zombie gore up ten notches. (Make that a hundred notches.) While Night of the Living Dead was a black and white film with minimal blood, Dawn of the Dead was a gore fest in living color. Mostly red.

Before there were shooter/zombie video games, there were the SWAT guys in Dawn of the Dead.

Then Zack Snyder, of 300, Watchmen and Man of Steel fame, remade Dawn of the Dead in 2004. While the original is a far superior movie, the remake was different enough to stand on its own. It was also faster paced and more suited to a modern audience. This movie cemented the term "fast zombies" as well.

The first 10 minutes of the new Dawn of the Dead are phenomenal. It’s one of the best opening sequences of a horror movie, in my opinion. Sarah Polley does a great job leading the cast in this film, but it’s Modern Family’s Ty Burrell who steals the show, playing the polar opposite of his famous role of the bumbling and lovable Phil Dunphey. Add a couple of cameos from cast members of the original, and you have a pretty good flick on your hands.

Note: The original Day of The Dead is also worth a look. It completes Romero's initial Dead Trilogy and is probably his last zombie movie that was a must see.

Shaun of the Dead: This is a love letter to George Romero and a genuinely funny movie that also has some great horror elements to it. It takes it just seriously enough, but not too serious. It’s really the perfect blend. It stars Simon Pegg and Nick Frost, so you know it’s going to be good.

Out of all the movies on this list, this is the most re-watchable movie. I stop on it whenever it’s on. It’s also one of those real quotable movies. Once you’ve seen it, I guarantee you’ll find yourself saying “You’ve got red on you.” 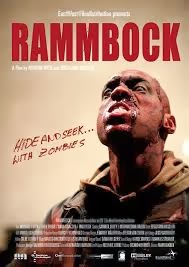 Rammbock: Rammbock is a 2010 German zombie movie that was recommended to me by a friend and I found on Netflix. In a sea of mediocre and crappy zombie movies, Rammbock floats to the top as a true gem. It’s a small story of a man trapped in his apartment complex during a zombie outbreak. There is no fat on this movie. It keeps moving and keeps you on the entertained the whole time. I highly recommend it.

Rec: You might have seen Quarantine, the American remake of Rec. It’s a “found footage” style movie. (Rec is short for Record.) While Quarantine is a good movie and worth watching, you really want to watch the original Rec in Spanish. Rec is not only a great zombie movie, but it’s also one of the best found footage movies out there. I’m pretty sure you’ll love the last five minutes of this movie. And the sequel, Rec 2, is also worth seeking out. Rec 3 is also fun, while you are at it, but the first one is the must see movie.

In addition to seeing these movies, you might want to take this time to read The Walking Dead comic books. They are superior to the TV show, and like the show, the comics are not afraid to kill a regular character. The Governor in the comics made the list of Top 100 Comic Book Villains of all time and he is a pure monster compared to the TV version. One word of warning though, reading the comics will spoil many aspects of the show for you. They change things up quite a bit on the show, but you’ll have a better idea of where they are going once you have read the books.

I plan on rereading the entire comic series during this hiatus. It is always fun to revisit the books every so often.

I’d also recommend reading The Rising, City of the Dead and Dead Sea by Brian Keane. Keane is a modern master of horror and he has a slightly different take on zombies. The Rising is one of my favorite zombie books of all time and a fast read. You’ll be hooked after just a few pages. Everyone thinks of World War Z for zombie reading, but I would start with Brian Keane. Much better.

So there you have it. That should keep you entertained and happy until The Walking Dead returns in February. If you discover something new from this article, please let me know. Or if I left out something out that you’d like to share, please post a comment below.