Now that the Dark Knight trilogy has come to an end, it's time to start thinking about the next movie iteration of the Batman. Naturally, the focus has been on how Warner Brothers should proceed and who should be the next actor to don the cape and cowl. Add in the growing buzz about a possible Justice League movie or perhaps World's Finest team-up between Batman and Superman and we have full blown bat-mania on our hands. 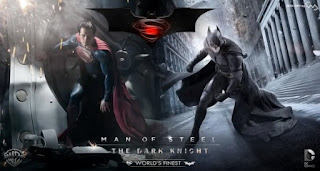 (Note, spoilers lie ahead. If you have not seen the Dark Knight trilogy, you have been warned.)

These two options are troubling to me for several reasons. First, if Batman is going to be fighting along side the Super-Friends for the first time in a live action movie, it really ought to be Bruce Wayne and not some other guy who recently took over the job... and who's real name happens to be Robin. And if you recall, at the end of The Dark Knight Rises, Bruce Wayne faked his death and retired, so even if Bale is back as Batman, Bruce Wayne would have way too much 'splaining to do. (As Ricky Riccardo might say.)

The Dark Knight trilogy was great as a stand alone story. I think they should leave well-enough alone and move on. Plus, Heath Ledger had such an impact on the role of the Joker that they might not want to recast that part. Heck, they did not even mention him in The Dark Knight Rises. The Joker is way too important to the Batman legend to be permanently retired. Rebooting Batman solves that problem.

Another benefit of rebooting the Batman franchise is that you can pick up the character at whatever point in his career you want. Batman (1989) started the story just a few weeks into Batman's career. The Dark Knight trilogy takes us all the way back to the beginning in Batman Begins. I'd like to see them go the route of the New Frontier comic book and have us meet Batman early in his career, but after he has already established himself in Gotham City. We don't need another origin story, for god-sakes. A reboot like this will also enable the filmmakers to establish a Batman that exists in a world with super-powered beings. The Dark Knight trilogy was clearly set in a world without superpowers.

Finally, a reboot of Batman means we get to see more villains from his rouges gallery come to life, and none are really off limits, no matter how fantastic they might be. Villains like Clayface, Poison Ivy, Mr. Freeze and Killer Croc don't really fit in the more grounded Dark Knight world and were therefore out-of-play. Now all bets are off. Before the The Dark Knight Rises came out, the rumor mill was burning with talk of Johnny Depp as The Riddler or Philip Seymour Hoffman as The Penguin. Sure, those guys would be great, but I prefer to think bigger. 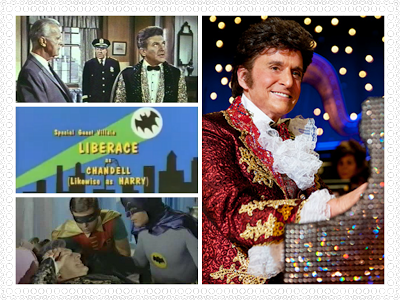 I say the villain in the next Batman movie should be a resurrection of one of the most unique bad guys from the 60's TV show. Now that Michael Douglas has portrayed Liberace in Behind the Candelabra, why not cast him as The Great Chandell?

The Great Chandell was a villain portrayed by the famous, flamboyant showman in 1966. He was a pianist who was blackmailed into a life of crime by his twin brother Harry.

If we are starting over with Batman, why not reboot The Great Chandell while we are at it? And think what an actor of this caliber could do with the duel role of Harry, Chandell's evil twin brother. The possibilities are endless.

Okay, maybe Chandell will never make it to the silver screen, but you gotta admit, it would be funny. I may be letting my imagination run a little wild, but I've got to do something to keep me busy until we get a new Batman movie. Luckily, we've got the Man of Steel, Thor and Captain America to entertain us in the meantime. It's just too bad none of them fight such fabulous bad guys as the Dark Knight.

We’ve finally done it. We crossed the streams!! Kick-off your long weekend with my ghostly guest post on Hunter Shea's blog. This time out I am talking about ghosts and why we are so fascinated by them. Check it out and feel free to leave a comment with your thoughts or stories.

Hunter, my Monster Men podcast partner, is busy promoting his new book, Sinister Entity, which is a great book and I highly recommend it. So please check it out if you are looking for a good read.

Monster Men Ep. 41: Ghost Movies That Will Keep You Up at Night

The new Monster Men is all about the best and worst ghost and haunted house movies.

There is something about a good ghost movie that scares you like no other kind of film. The suspense, chills and outright terror can give you nightmares or maybe just keep you up all night. We'll cover some of the newer entries to the genre, like the Paranormal Activity movies, Sinister and Insidious as well a few of the all-time classics like Poltergeist, The Sixth Sense, The Amityville Horror and The Haunting. And we could not leave out a few of the funnier ghost movies like House and Ghostbusters.

What's your favorite ghost or haunted house movie? Check out the show and then let us know what you think.

The Monster Men video podcast is a lighthearted chat about dark matters. We talk about all things horror and paranormal with our own brand of graveyard humor. Horror movie and book reviews, paranormal TV, ghost stories, UFOs, urban legends and more.

Find more episodes of Monster Men here on my blog, on our YouTube channel: Monstermen13 or at horror author Hunter Shea's web site. You can also join us on our Facebook page.
Posted by Jack C. at 6:28 PM 1 comment: