On this episode of the Monster Men video podcast, we pay tribute to John Carpenter, a true legend of film making and the horror genre. After all, this is the guy who gave us Michael Myers, Snake Plissken and a healthy fear of foggy nights. He also introduced Jamie Lee Curtis to the world.

John Carpenter has made some of the most classic horror and action movies of all time. They include such all-time favorites as HALLOWEEN, HALLOWEEN 2, THE THING, THE FOG, PRINCE OF DARKNESS and THEY LIVE, ESCAPE FROM NEW YORK and ASSAULT ON PRECINCT 13.

In this show we focus mainly on his films from the 70's and 80's, but his body of work goes well beyond that era. What's your favorite Carpenter movie... and why?

Find more episodes of Monster Men here on my site, on our YouTube channel: Monstermen13 or at http://huntershea.com. You can also join us on Facebook at www.facebook.com/monstermen13

I just wanted to take a moment and send some love to everyone who watches and supports the Monster Men video podcast. Thank you and we love ya.

I don't know what says "I love you" better than a Monster Men Zombie Valentine. It's an undying love. Have a great day. 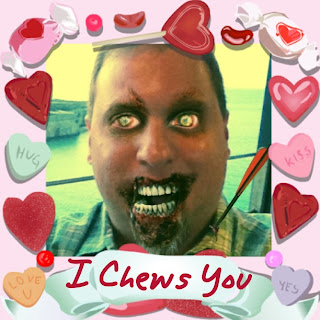 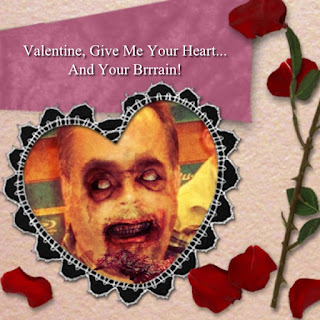 Monster Men: A lighthearted conversation about dark matters.
For some great horror talk, book and movie reviews along with ghosts, UFOs and anything else that goes bump in the night, check out the Monster Men Video Podcast hosted by me and horror author Hunter Shea. Episodes are posted here on Back in Jack and on Hunter's blog as well. You can also subscribe to our YouTube channel; MonsterMen13.

10 Women in Horror Who Haunt My Dreams